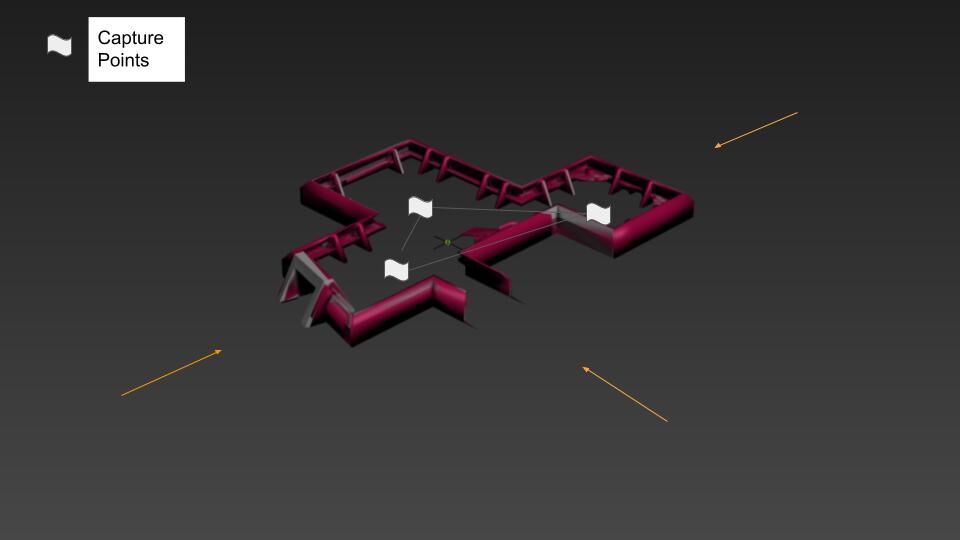 I have been playing around with PVE Defense style gameplay for a while now. The setup is not hard. A few flags in the defense area that can be capped quickly by the enemy but very slow to retake forces moving around the defense area. Restricing one team to AI only and the other to Humans or Humans and AI on one side for coop AI sets up for PVE. Set up the defense with a small number of tickets and the enemy with a larger number, and respawning too many times will quickly lose the game. The goal is hold onto the three defense flags for as long as possible. All that works. The issue is that without the capability to escalate the difficulty level, the game play quickly becomes boring. Some ways to increase the difficulty from the start is to mod the attacker weapons to make them more powerful and to limit the defenders ammo. But how can you delay spawning vehicles of increasing power over time is the real question. Spawn delays at map start don't work. I finally have an idea on how to possibly make escallation work: to spawn vehicles above the ones on the ground at map start to destroy all the vehicles, then set the respawn times how different times based on when you want them to start. Vehicles can be modded into variants or there are a large variety of vehicles to choose from that will make it easier. The idea is to start with weak vehicles increasing lethality of vehicles spawned over time. So for example, after 5 minutes, BMPs might spawn, 10 minutes light tanks, 15 minutes heavy tanks, 20 minutes light helicopter, 25 minutes apache gunship, 30 minutes A10, etc... 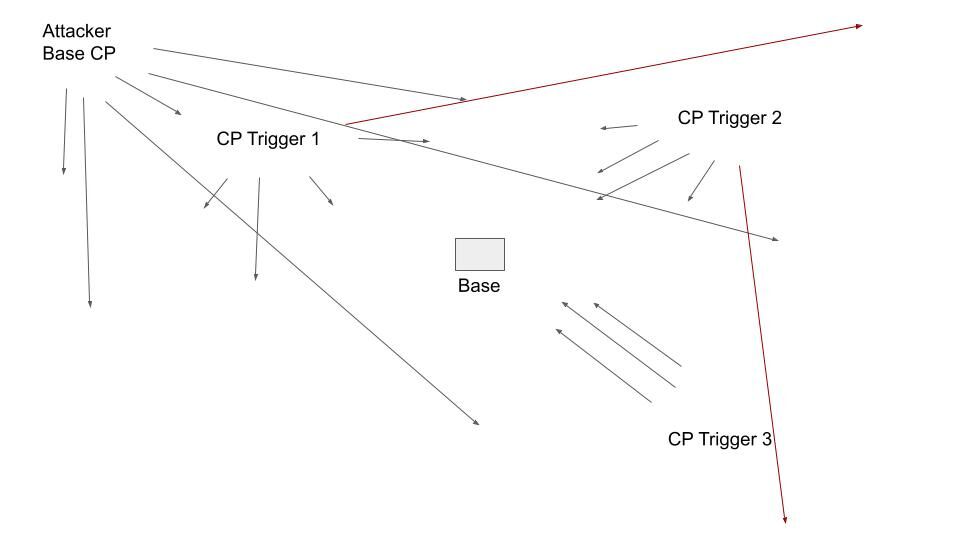 Here is another idea that I have got to work. So the attacker base CP is set up with flags all around the base, some near and some far away so that the initial fight starts off sporadic and unfocused. Use uncapped flags outside the base as triggers to spawn vehicles and bot spawners that are closer to the base and more focused. Each trigger can only be capped by the attacker and is a quck cap. The 1st Trigger CP is in the route of a least one bot spawn and each trigger SP will have one spawner to set off the next one, but far enough away that it will not be set off right away. With this method does not follow a set time and it will be more random. Having more vehicles spawn with each subsequent trigger will increase the value of the CPs and will spawn more bots into the newly capped ones. This is trickier to set up, as the editor will change the spawner to the closest CP, so many spawners will have to be hand modified to associated with the desired CP. The AI strategic Areas will only be set for the CPs in the base. So the spawns to set off the trigger CPs will have be placed so that the bots will set them off enroute to the base. We want to keep the bots focused on attacking the base, not on the outside CPs.Also, each subsequent trigger CP will have more focused spawns than the previous one. Other ideas to make the game play more challenging is have the defenders spawn with basic kits and have to go to the armory to get better kits in the way of pickups. The pickup kits will not be close to the spawn points which will require the players to pull away from the action leaving the lines undefended in order to get a pick up kit. That should be more challenging as the gameplay progresses. Limited ammo can also make the game more challenging. Also limiting ammo supply and health to certain spots can force the players away from the defense.

Using Python: It would be nice to be able to have a timer display a message every 5 minutes about the next wave coming. The only way that I can think of to do that is with python. This does not solve the problem of how to escalate when you don't have vehicles, like with zombies or monsters that are player characters. If there is a way to control which kits spawn through Python based on a timer, then you could have up to the number of kits in waves, with each kit having more powerful weapons and better kit items than the last. So, for example, at the map start, only the first kit spawns for the attacking team, which has a very basic kit, after 5 minutes, kits 1 and 2 are spawning, after 10 minutes, kits 1-3, etc. For faster escalation, when the third kit is activated, turn off the the 1st kit, so that only kits 2 and 3 will be active, then at the next level, only have kits 3 and 4. That way, more of the more powerful kits will be spawned. For 2142, with only 4 kits, start deactivating the lower every 5 minutes or whatever time interval works. I don't know how to code this, or how stable it would be on a server.