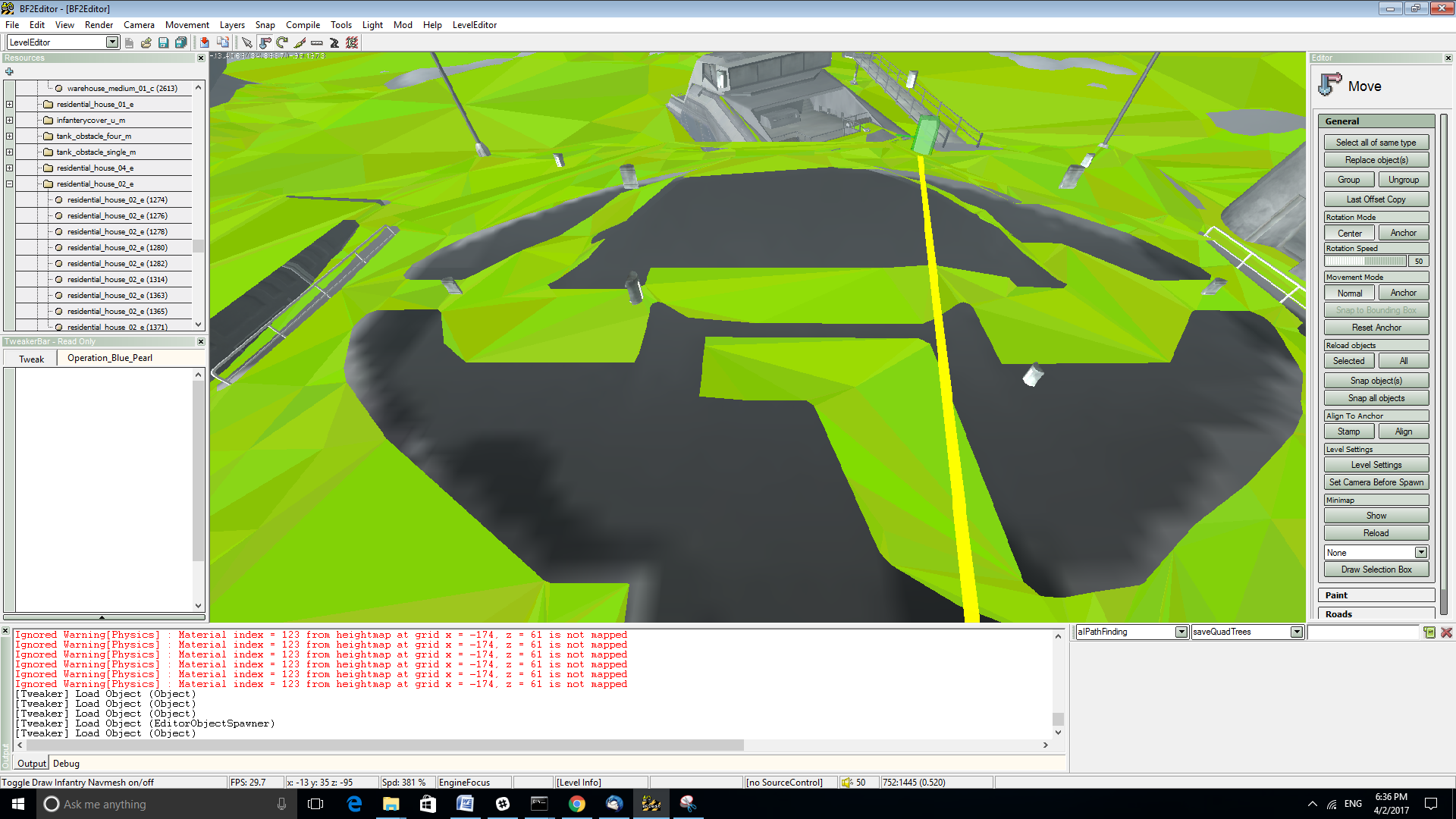 ee slime green color is the navmesh. With the building removed, you can see that only the ground floor is navmeshed. The overlapping nature and the steepness of the three stairways in the building are apparently too complicated to the navmesh generator to handle.

Now, lets load up the infantry.obj navmesh into 3ds Max by importing.  I will go ahead and save it as a Max file, and then save it as I go along, saving each one as a seperate version number so I can go back if I need to.   Here is the navmesh I am using.   In this example I did not import the materials, so it's all the same color.